My name is Kevin Lubick. I work at Google on Skia. I have done research in The Developer Liberation Front, and done zero-G research aboard NASA's G-Force one with Carthage College Space Sciences.

The website is now rendered with Angular. Visually, this makes very little difference, but it should allow me to better write and manage my blog posts. For example, now, you can link to individual posts (which, before this post, post #2 was made, wasn't terribly hard either.)

I had originally tried to use Ember.js after taking the Warming up with Ember.js class from Code School, but I just had a hard time getting everything to flow. Specifically, I found the ng-route from Angular to be more intuitive than the routing mechanism Ember used. The two libraries seem functionally equivalent, but I think I'll stick with Angular for future projects.

Of course, dust hadn't even begun to settle on the new site before I learned about Polymer, which seems to be on the cutting edge of web technology, at least according to this summer's Google I/O talks.

I was specifically interested in the Shadow DOM techniques, for isolating element's CSS, and the modules, like code-explainer, which is currently on their front page. 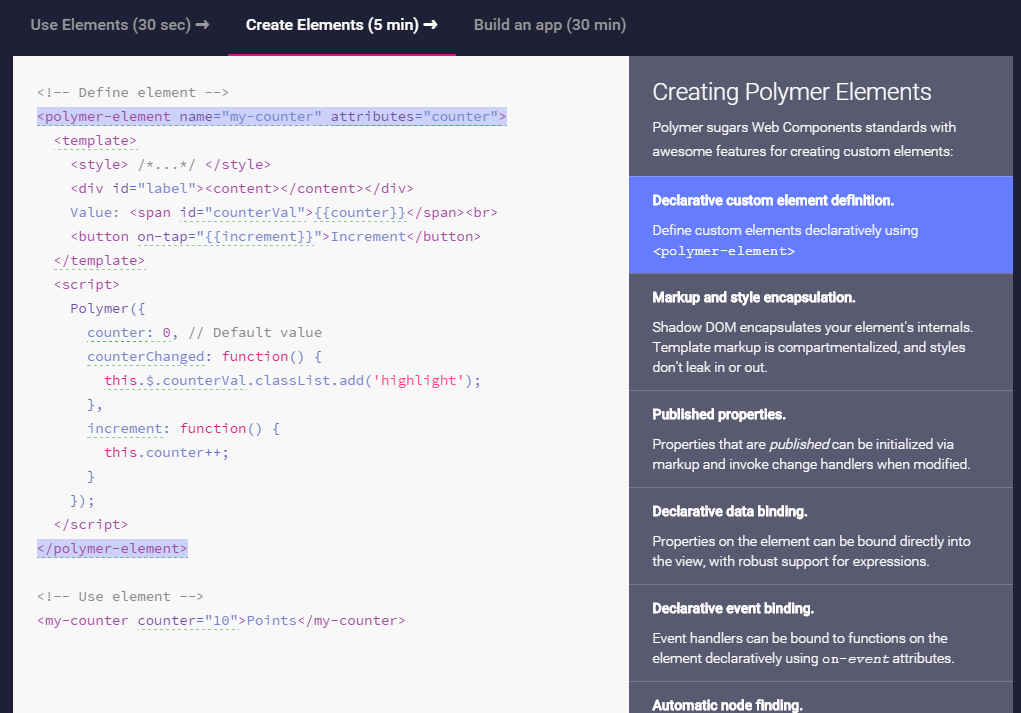 This looks very nice, similar to the code explanations I've been experimenting with in my earlier blog post. I may consider migrating my "codeCommentary" package to Polymer, as my next foray into Web technology.